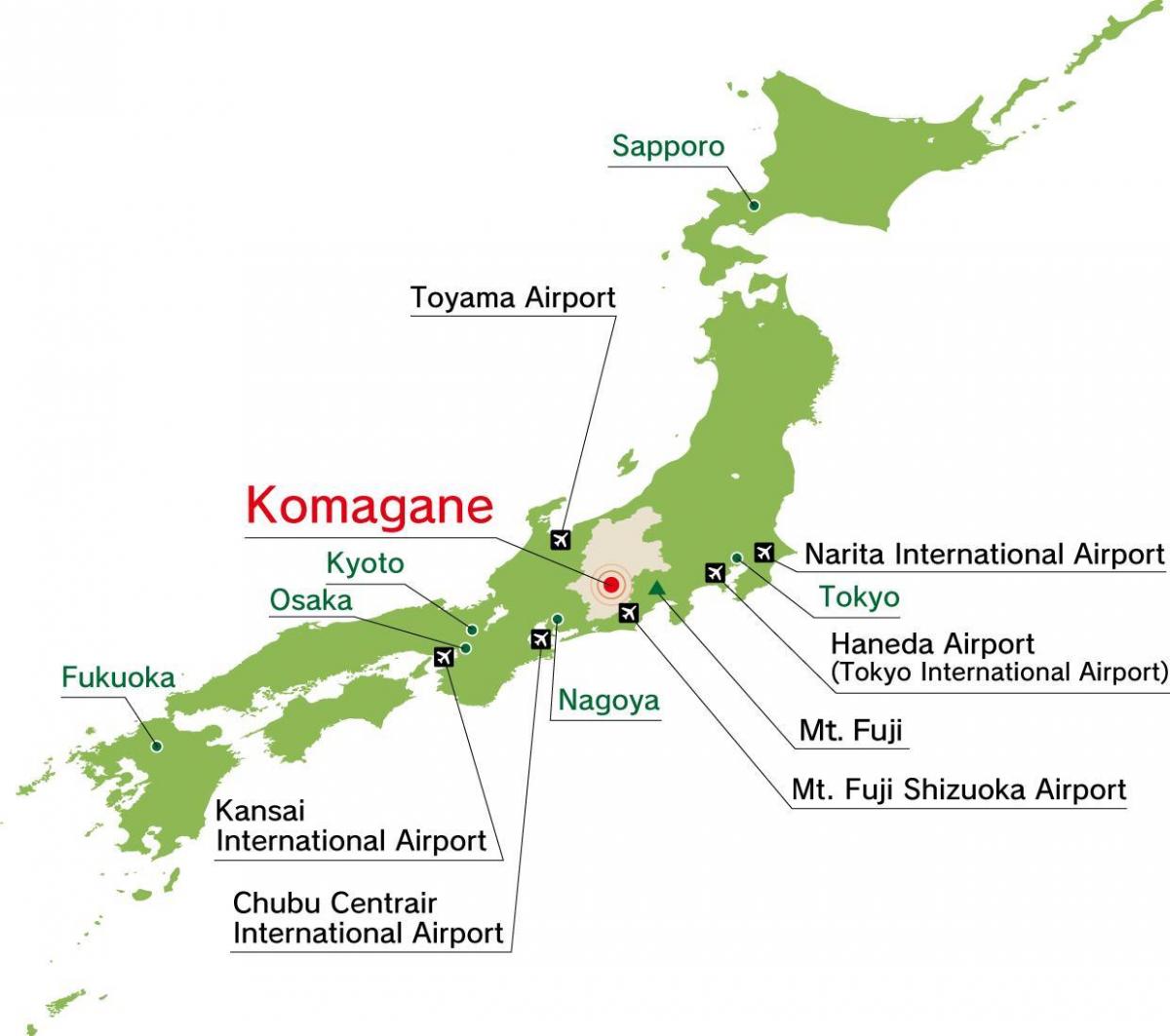 The Japan airports map shows location of airports in Japan. This airports map of Japan will allow you to determine which airport you will used to leave or arrive in Japan in Asia. The Japan international airports map is downloadable in PDF, printable and free.