You can find on this page the Japan trains map to print and to download in PDF. The Japan railways map presents the rail network and shows high speed rails routes of Japan in Asia.
On each of the Shinkansen lines there are fast trains, semi-fast trains, and local trains as its shown in Japan train map. The fast trains only stop at the main stations, semi-fast trains make a few more stops, and local trains stop at every station. 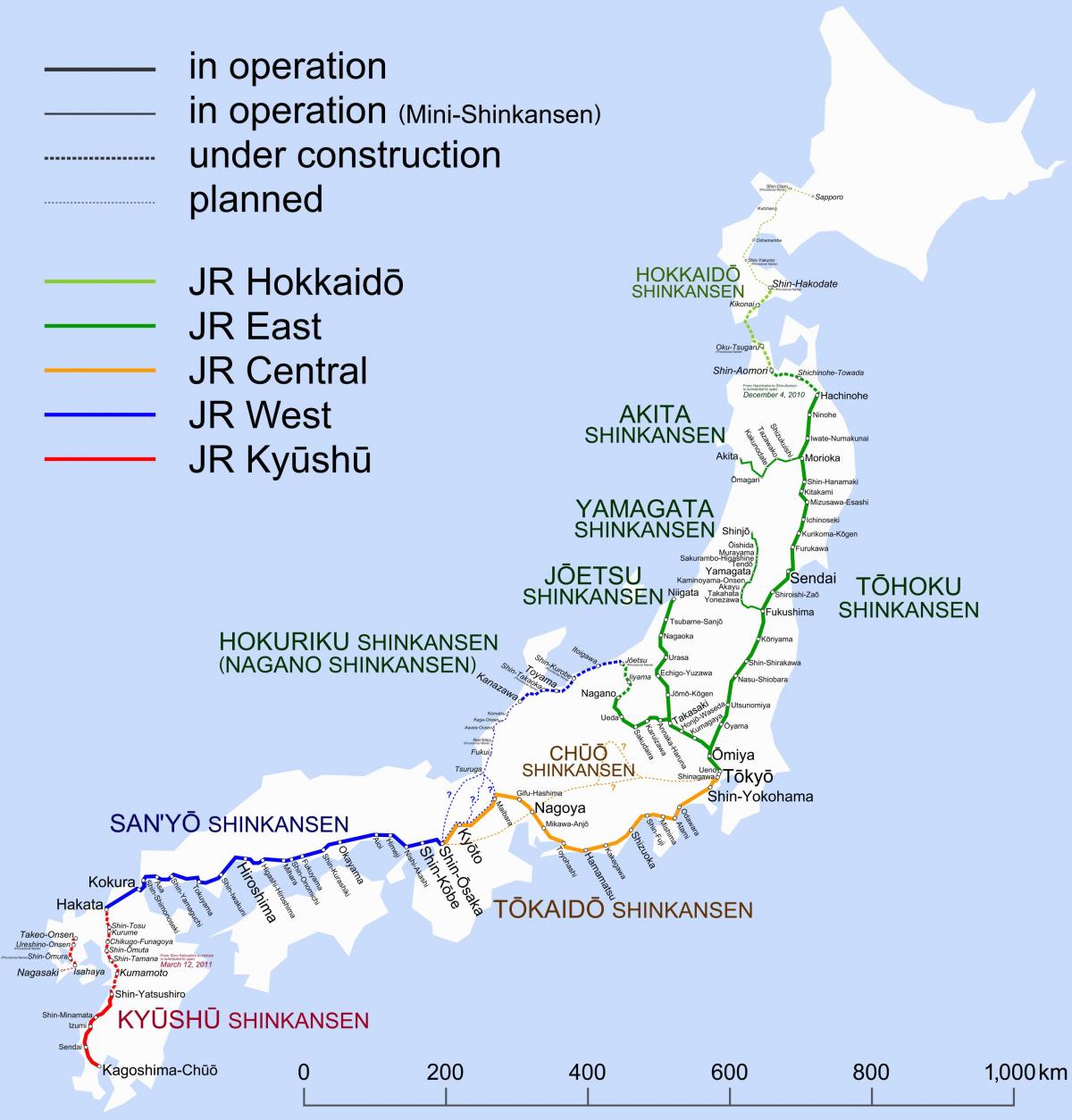 The Japan Rail (JR) network is extensive and the trains reach a top speed of 320 km/h (199mp/h) as you can see in Japan rail map. This allows you to get to wherever you need in little time. The nine Shinkansen lines take you in different directions around Japan. From Tokyo to the south runs the Tokaido Shinkansen line, connecting the capital with Osaka. The Sanyo Shinkansen line connects Osaka with Fukuoka and, from there, the Kyushu Shinkansen line runs through the island of Kyushu from north to south.

Rail transport in Japan is a major means of passenger transport, especially for mass and high-speed travel between major cities and for commuter transport in metropolitan areas. Japan railways carried 51.9 million tons (23.2 billion tonne-kilometres as its shown in Japan rail map) of goods in fiscal 2006. The share of railways in the national logistics is as small as 0.84% (2005).

Six Japan Railways Group (JR) companies, state owned until 1987, provide passenger service to most parts of Hokkaido, Honshu, Shikoku, and Kyushu; the seventh JR company carries freight. Many private rail companies rank among the top corporations in the country. Regional governments, and companies funded jointly by regional governments and private companies, also provide rail service. There are 27,268 km of rail crisscrossing the country as you can see in Japan rail map. JR (a group of companies formed after privatization of JNR) controlled 20,135 km of these lines as of March 31, 1996, with the remaining 7,133 km in the hands of private enterprise local railway companies. Japan railways carried 22.24 billion passengers (395.9 billion passenger-kilometres) in fiscal 2006.