You can find on this page the Japan satellite map to print and to download in PDF. The Japan map from satellite presents new pictures of Japan as seen from the sky in Asia.
The total land space of the Japanese islands is about 142,000 square miles. As you can see from Japan satellite map, it is a very small country when compared with the vast Asian mainland, or with the United States, where it is smaller than the single, although large, state of California. 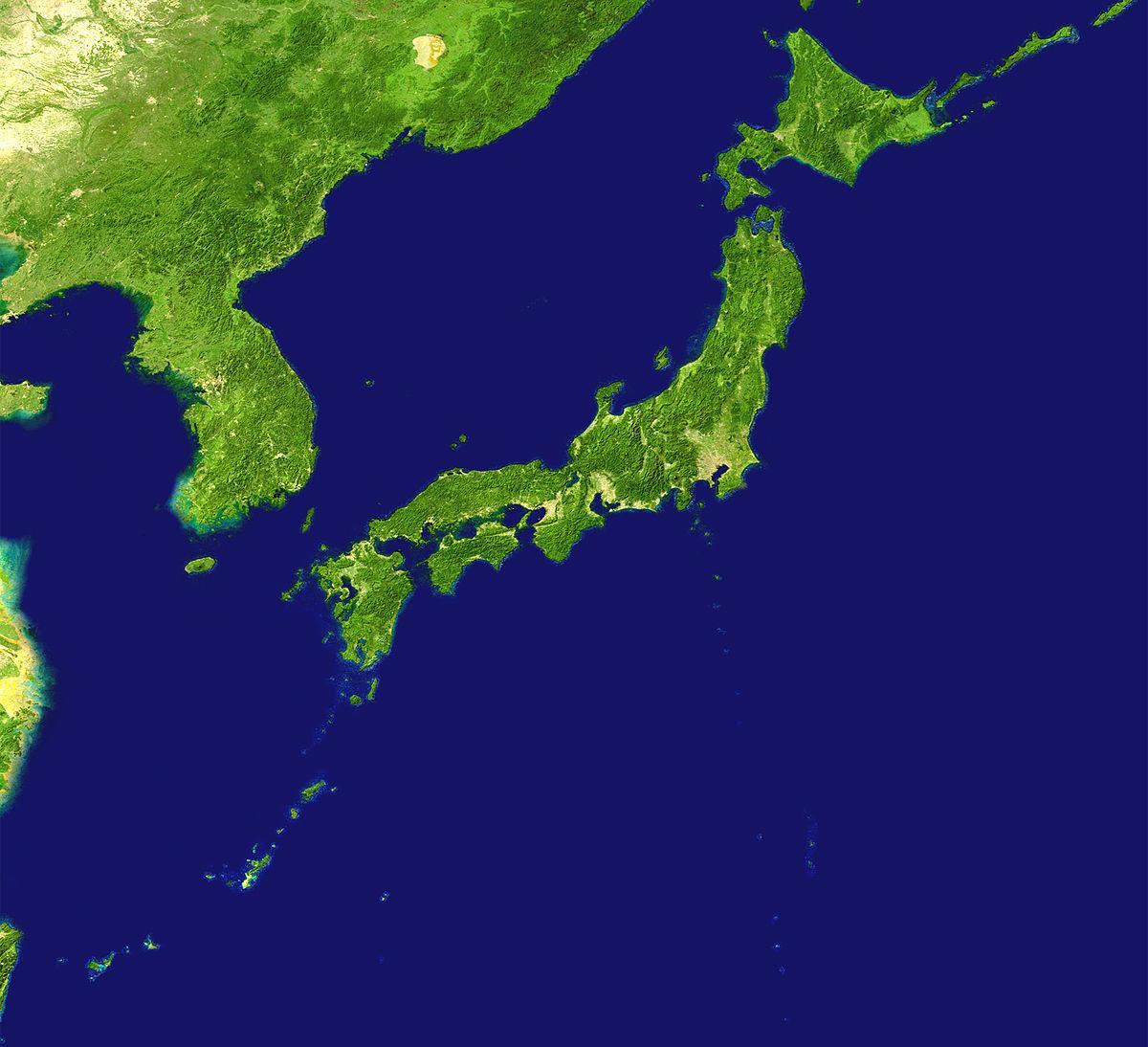 Map of Japan from satellite

The distance between Japan and the Korean Peninsula, the nearest point on the Asian continent, is about 200 kilometers at the Korea Strait as you can see in Japan satellite map. Japan has always been linked with the continent through trade routes, stretching in the north toward Siberia, in the west through the Tsushima Islands to the Korean Peninsula, and in the south to the ports on the south China coast.