You can find on this page the Japan road map to print and to download in PDF. The Japan driving map presents the detailed road network, main highways and free motorways of Japan in Asia.
The 1.2 million kilometers of paved road are the main means of transportation as its shown in Japan road map. A single network of high-speed, divided, limited-access toll roads connects major cities and are operated by toll-collecting enterprises. 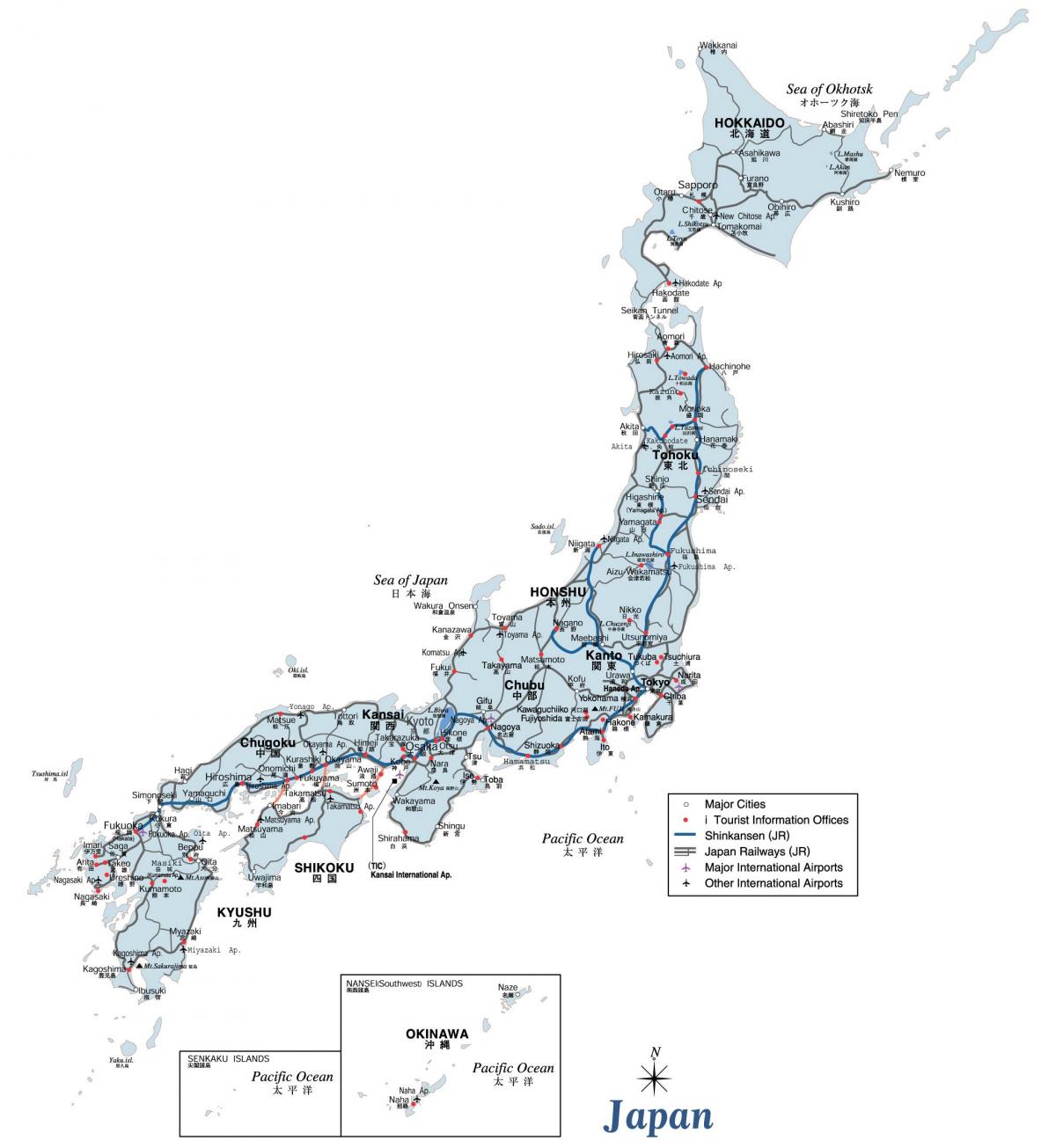 Mass transportation is well developed in Japan, but the road system lags behind and is inadequate for the number of cars. Road construction is difficult because of the high areas of population and the limited amount of usable land. According to Japan Statistical Yearbook 2011, Japan has approximately 1,203,600 km of roads made up of 1,012,000 km of city, town and village roads, 129,000 km of prefectural roads, 55,000 km of general national highways and 7,600 km of national expressways as its mentioned in Japan roads map. The Foreign Press Center/Japan sites a total length of expressways at: 7,641 km (fiscal 2008).

Road passenger and freight transport expanded considerably during the 1980s as private ownership of motor vehicles greatly increased along with the quality and extent of the nation roads as its shown in Japan roads map. Although road fatalities have been decreasing due in part to stricter enforcement of drink driving laws, 2004 still saw 7,358 deaths on Japanese roads.

A parallel road to Ex can be numbered ExA if no other national highway number is available. C numbers are for circular roads and are partly derived from existing Urban expressway numbers. They are not unique. Local roads are numbered per prefecture. Road signs as you can see in Japan roads map are: blue with white text. National numbers appear in a white rounded triangle and local roads in a hexagon. Asian highways are only signposted in exceptional cases. There are signs which indicate the intended color on roads. 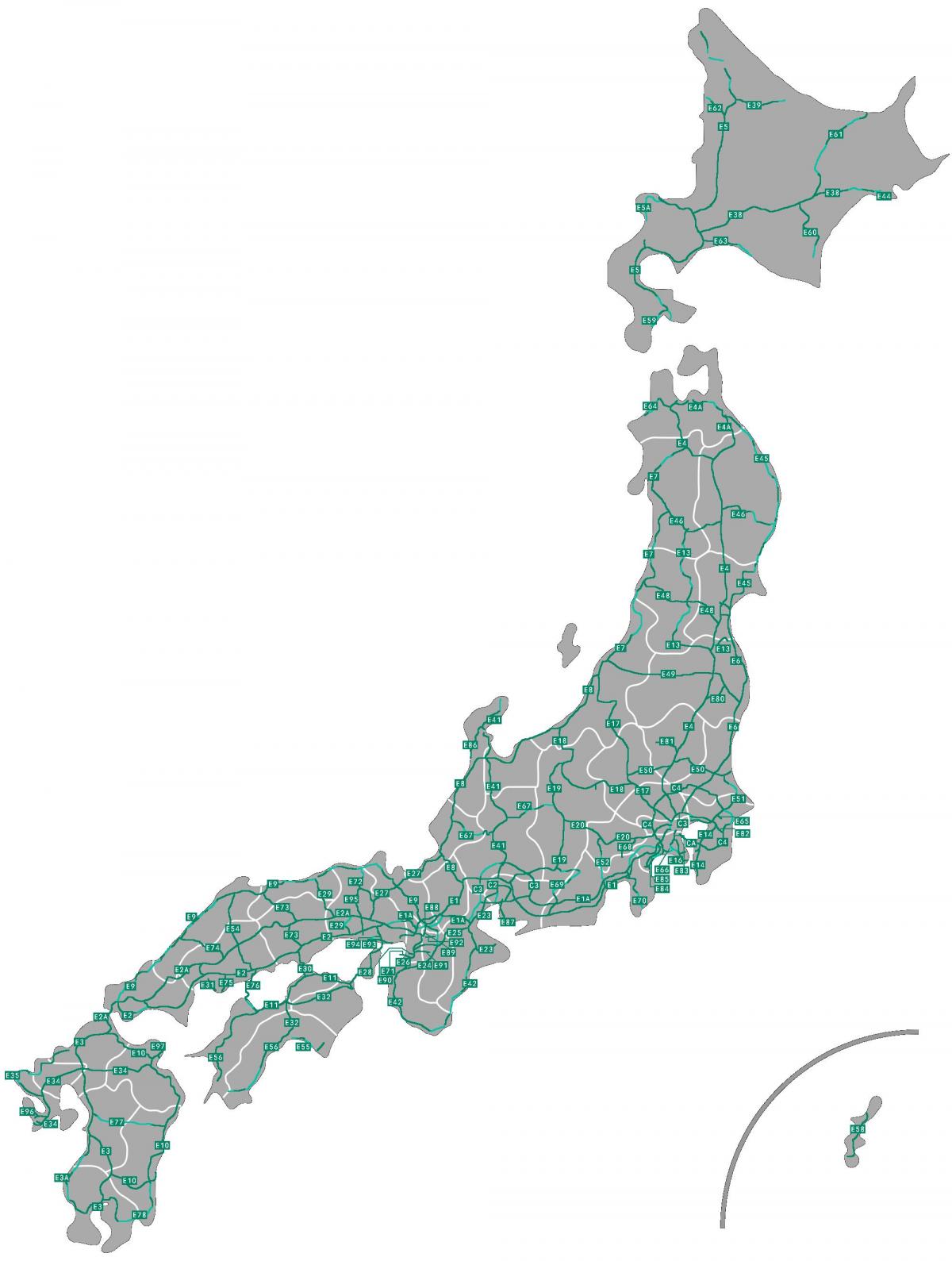 Japan has a nationwide system of national highways (一般国道 Ippan Kokudō?) distinct from the expressways. The Ministry of Land, Infrastructure and Transport and other government agencies administer the national highways. Beginning in 1952, Japan classified these as Class 1 or Class 2. Class 1 highways had one- or two-digit numbers, while Class 2 highways had three-digit numbers as you can see in Japan highway map. For example, Routes 1 and 58 were Class 1 highways while 507 (the one with the highest number) was a Class 2 highway.

A 1964 amendment to the governing law resulted in a unification of the classes, which took effect in April of the following year. Highways numbered since that time have had three-digit numbers, so the numbers 58–100, which had so far been unused, remained unused. However, when Okinawa Prefecture was reverted to Japanese control in 1972, Route 58, with its southern endpoint in Okinawa capital city of Naha, was established as its shown in Japan highway map. The numbers from 59 to 100 remain unused. Some other numbers have been vacated by the joining or changing of routes: 109 (joined with 108), 110 (renumbered as 48), 111 (renumbered as 45), 214–216 (joined to form 57).